2014 was the inaugural year for the Mid Atlantic Freeride Series. Riders had to compete thorughout the longboarding season in 4 Freeride Events while placing in the Top 10 to accumulate points. After the final event (Skate the Cape 3), the top 3 in each division were announced and rewarded with the Progressive Cash Purse! 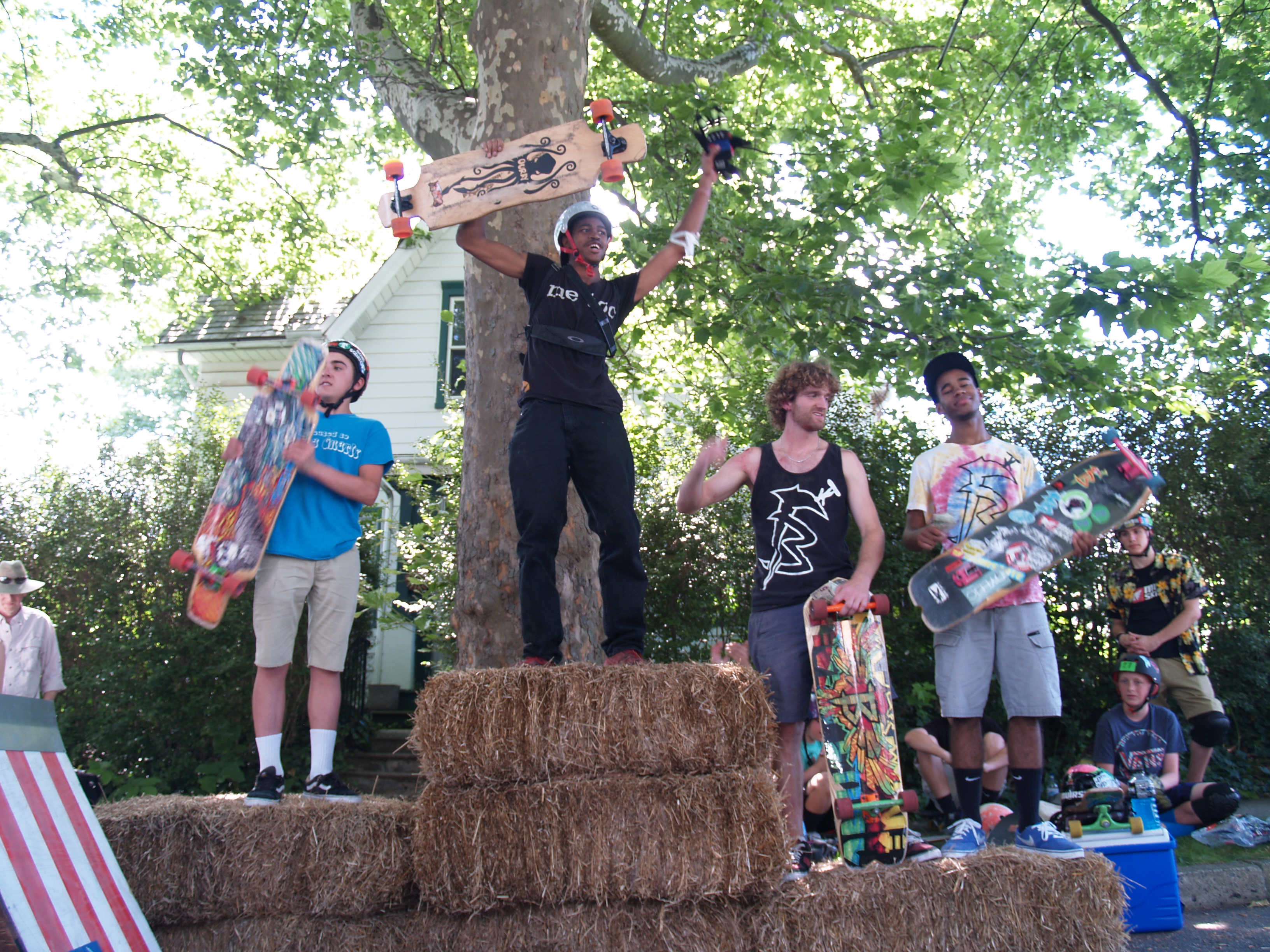 Ventus Kissari arrived at Bethlehem Slide Jam (2nd Event of the Series) from Colorado. He has a style called "remix" where he combines stand up and sit down manuvers that could not be matched by any rider in the series. After his win at Bethlehem Slide Jam, Ventus came back to the 3rd and 4th event in the series with podium finishes to help take 1st in the series; closely followed by FB Rider Aaron Gordy(.5 points). Everyone was stoked to see Ventus at each event because he travelled so far, his energy was high and you could not miss him on the hill. He would have his boom box pounding on his back pack during his heat. Before each run he would get in the zone with a crazy break dance move then off he went down the hill with an open mind that all longboarders could appreciate.

Above: Ventus throwing down his "remix" run at Bethlehem Slide Jam Qualifiers.

Max Alessandri dominated every event in the series with three 1st place finishes and one 3rd place finish. His technical freeride style matched with his advanced kicker manuvers separated him from the rest of the riders. Every final run he had was clean, big and stylish. He wowed the crowd in the Skate the Cape 3 finals by throwing a frontside 360 indy grab off the Faceplant Money Booter and stomping it! We are very excited to see how well he does in 2015 when he pushes his progression in the Open(Pro) division.

Above: Max throwing a finger-flip off the kicker during Bethlehem Slide Jam qualifiers.

Will you SPONSOR me?